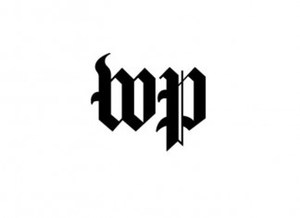 #1 in the Diocese of Los Angeles; #3 Catholic School in the State
For the fifth year, Damien High School placed on the Washington Post’s “America’s Most Challenging High Schools” list. Established in 1998, the annual ranking identifies schools that have done the best job in preparing students to take college-level courses and tests. Only 12% of the 22,000 U.S. public and private high schools made the list in 2017.
Damien High School is the only Catholic high school in the Archdiocese of Los Angeles (Los Angeles, Santa Barbara, Ventura Counties) to make the list. In California, Damien ranks third among Catholic schools (1. Mountain View-St. Francis HS; 2. Rancho Santa Margarita-Santa Margarita HS). Among all private schools in California (independent, non-sectarian and religious-based), Damien ranks 16th.
Among all public and private schools in the U.S., Damien is in the top three-percent with a ranking of 542.
The primary focus for being a “challenging school” are schools working hardest to challenge students from all backgrounds with courses such as AP and International Baccalaureate. To determine the rankings, The Washington Post created an index formula from a ratio: the number of advanced tests divided by the number of seniors who graduated that year. Advanced tests included in the ratio are Advanced Placement, International Baccalaureate and Advanced International Certificate of Education tests.
To view the list and learn more about the rankings, visit the Washington Post web site:
Story: https://www.washingtonpost.com/local/education/jays-americas-most-challenging-high-schools-main-column/2017/05/03/eebf0288-2617-11e7-a1b3-faff0034e2de_story.html?utm_term=.ff622dfb4594
List: https://www.washingtonpost.com/graphics/local/high-school-challenge-2017/
Published August 2, 2017 Print