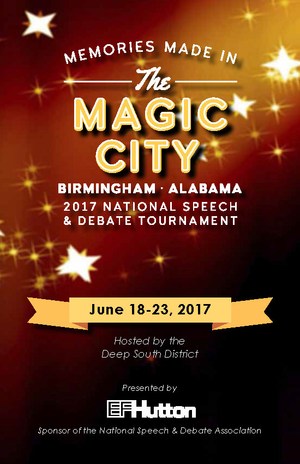 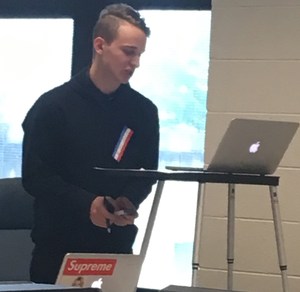 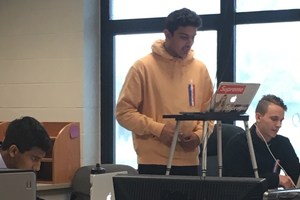 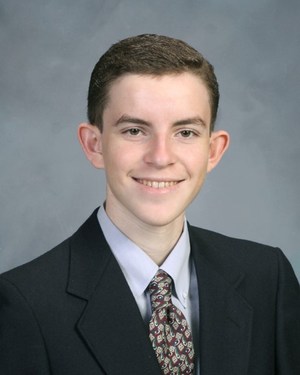 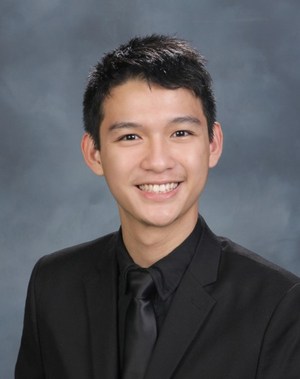 Senior Matt McFadden earns top 15 individual honors. Damien recognized as "School of Honor"
A perennial championship contender on the national debate scene, the Damien High School Debate Program continued their history of success at the National Speech & Debate Tournament in Birmingham, Alabama, June 18-23.
Damien sent two teams to the prestigious tournament. Out of 180 teams, seniors Matt McFadden (Upland) and Tyler Peltekci (La Verne) placed eighth in the nation. All season long, as a team, they ranked in the Top 20. As an individual competitor, McFadden received the second place award out of 360 competitors from across the U.S. For Damien, it was the highest individual award for a speaker at nationals. His partner, Peltekci placed 25th among all individuals. Seniors Sage Young (Rancho Cucamonga) and Andrew Herbelin (Etiwanda) placed 21st in the country. As a school, Damien earned the designation “School of Honor.”
The students had to argue in favor or against the following policy: The United States federal government should substantially increase its economic and/or diplomatic engagement with the People’s Republic of China.
The National Speech & Debate Association considers Policy Debate the most technical debate event. A two-on-two debate format that tests a student’s research, analytical and delivery skills. One team takes an affirmative side to the proposal, while the negative team offers reasons to reject the proposal. Students have the opportunity to cross-examine one another. A judge or panel of judges determines the winner based on the arguments presented.
Debate at Damien has been one of the school's most successful programs, since the 60's: 10 consecutive years finishing in the top 25 in the nation, 2009 National Champion, 2015 National Championship-Second Place; five-time state champion (1993, 1979, 1975, 1971, 1968).
Debate Coaches Chuck Ballingall and Donny Peters lead the debate program. This past school year, the Constitutional Rights Foundation recognized Ballingall with the 2016 Helen Bernstein Tribute Award. Ballingall is a Hall of Fame Coach for both the National Speech and Debate Association and California High School Speech Association. Peters has been the Director of Debate at Illinois State University and Assistant Director of Debate at Ball State University and has also coached at Cal State Fullerton, Santa Magarita High School, Fairmont HIgh School, Wayne State University and West Virginia University.
Print