Debate with Strong Performance at USC 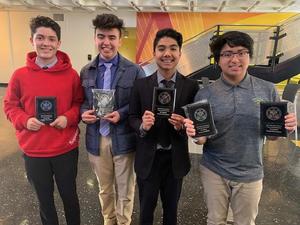 Damien Debate has plenty of reason to celebrate the future of the program with the recent performance at the National Speech and Debate Association National Qualifier Tournament hosted by the University of Southern California this past weekend, March 1-3, 2019.